This week’s student voice meeting saw students explore human rights and discrimination. Students were given the task of putting a range of different basic human right needs in order of importance. There was some good debate and discussion around those they felt were most important. 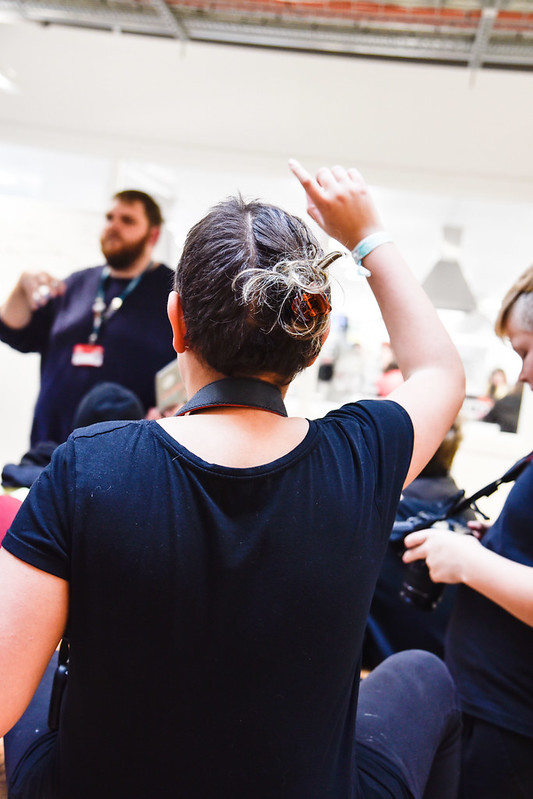 Zahra enjoyed photographing and taking part in the activity. “We were working on human rights – Huw asked us to put in order what is most important and least important and we put them all at the top….I suppose we couldn’t imagine life without these privileges”

Photographer Fynn enjoyed taking photos of the session “It felt a bit fun, I had seen a lot of the photos from the other meetings on the screens so I took a posed picture of a group of students, one of josh and some general ones of the meeting. I enjoyed it.”

Students were also told they would also be given the opportunity to sit on interview panels for new members of school staff. As part of preparation for this process the students listed and discussed different types of direct and indirect discrimination.

A small team made up of student voice students got to test out their interview skills yesterday during the interviews for the SEND team. Josh who took part said: “It was actually really good and I felt like it went really well. We got to meet the people and it felt like the students were finally being invited to be part of something that before only teachers got to do and that students wouldn’t normally get the opportunity to be part of”

Photographs this week were taken by student photographers Zahra and Zach!