Mike’s wife Tania spent most of the day at the school, firstly attending an assembly celebrating Mike’s life and contribution to the school. Staff members, current and former students of the school paid touching tributes to Mike and shared the impact he had on so many lives.

“People have stars, but they aren’t the same. For travellers, the stars are guides. For other people, they’re nothing but tiny lights. And for still others, for scholars, they’re problems. For my business man, they were gold. But all those stars are silent stars. You, though, you’ll have stars like nobody else.
“What do you mean?”
“When you look up at the sky at night, since I’ll be living on one of them, since I’ll be laughing on one of them, for you it’ll be as if all the stars are laughing. You’ll have stars that can laugh!”
And he laughed again.
“And when you’re consoled (everyone is eventually consoled), you’ll be glad you’ve known me. You’ll always be my friend. You’ll feel like laughing with me. And you’ll open your windows sometimes just for the fun of it … And your friends will be amazed to see you laughing while you’re looking up at the sky. Then you’ll tell them, ‘Yes, it’s the stars; they always make me laugh!’ And they’ll think you’re crazy. It’ll be a nasty trick I played on you …”

Year 11 students, Danielle and Sunny, read an extract from Fahrenheit 451 by Ray Bradbury:

“Everyone must leave something behind when he dies, my grandfather said. A child or a book or a painting or a house or a wall built or a pair of shoes made. Or a garden planted. Something your hand touched some way so your soul has somewhere to go when you die, and when people look at that tree or that flower you planted, you’re there. It doesn’t matter what you do, he said, so as long as you change something from the way it was before you touched it into something that’s like you after you take your hands away.”

This was followed by Mike’s own message about Hector:
“Never was a dog better named – originally, because he was the spitting image of the puppet Hector from the children’s early TV program Hector’s House (although I remember watching this in black and white!) more latterly as he models/epitomises the courage of Hector of Troy …. He’s certainly a very big-hearted little dog”

Students then took a few minutes to write a thought or memory about Mike on paper leaves, in order to create a tree.

Following the assembly a memorial stone was unveiled outside the front doors in ‘Mike’s spot’, where he stood in the mornings to greet students and parents as they arrived at school, along with his beloved ‘school dog’ Hector. The stone was very kindly commissioned by student Jesse and his grandfather John Ellis, along with donations from across the school community.

Andy Carpenter, who worked alongside Mike as Deputy Head for the past 5 years, said at the unveiling

“It is difficult to find the right words to convey all the contributions and differences that Mike made to the school. This is something that Mike always did and could find the right thing to say or not say in any situation. So I will try to find my inner Mike and express my memories of Mike as a colleague and as a friend.

Mike had a way of building confidence and trust with the people around him,
He made difficult situations better through his calmness and totally unshockable demeanour. Also his ability to change opinion and align people together. The school and I have particularly missed this through this year.”

Tania stayed at PSCA for most of the day, spending time in the Primary phases of the school meeting students and staff and was presented with a book filled with messages and memories of Mike from students, staff and families, along with a box of treats for her dog Bly, who visited too.
Thank you to Tania, Mr. Ellis and all staff, students, former students and Governors who were involved, for giving their time and making the day so special. 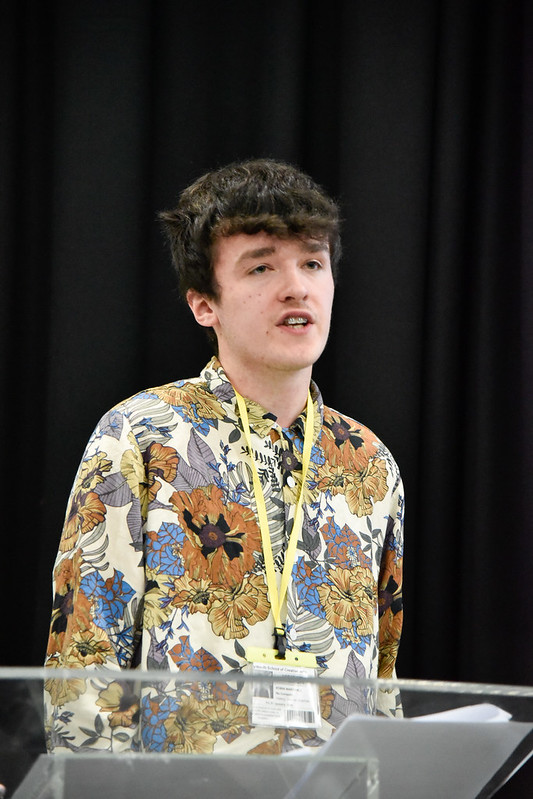